Court Documents Reve@l How A Mother Encour@ged Her 17 Yr Old To $-e-d-u-c-e R. Kelly And Have His Children

The reality of parents p@wn*ng their children off to ‘high profile’ men, came to life in Court Documents from the R Kelly C@se that detailed how a mother encouraged her 17 yr old daughter to $-e-*-u-c-e R. Kelly.

The 17yr old is referred to as Jane Doe throughout the document and the docs shared a series of text messages between Jane and her mother from 2015.

Her mother texted her instructions like, what to wear, how to have suggest!ve conversations, and how to f’l!rt, calling Kelly her son-in-law at one point.

Jane Doe confirmed that she did in fact have $-*-x with Kelly after a concert she attended alone, but never disclosed her age. 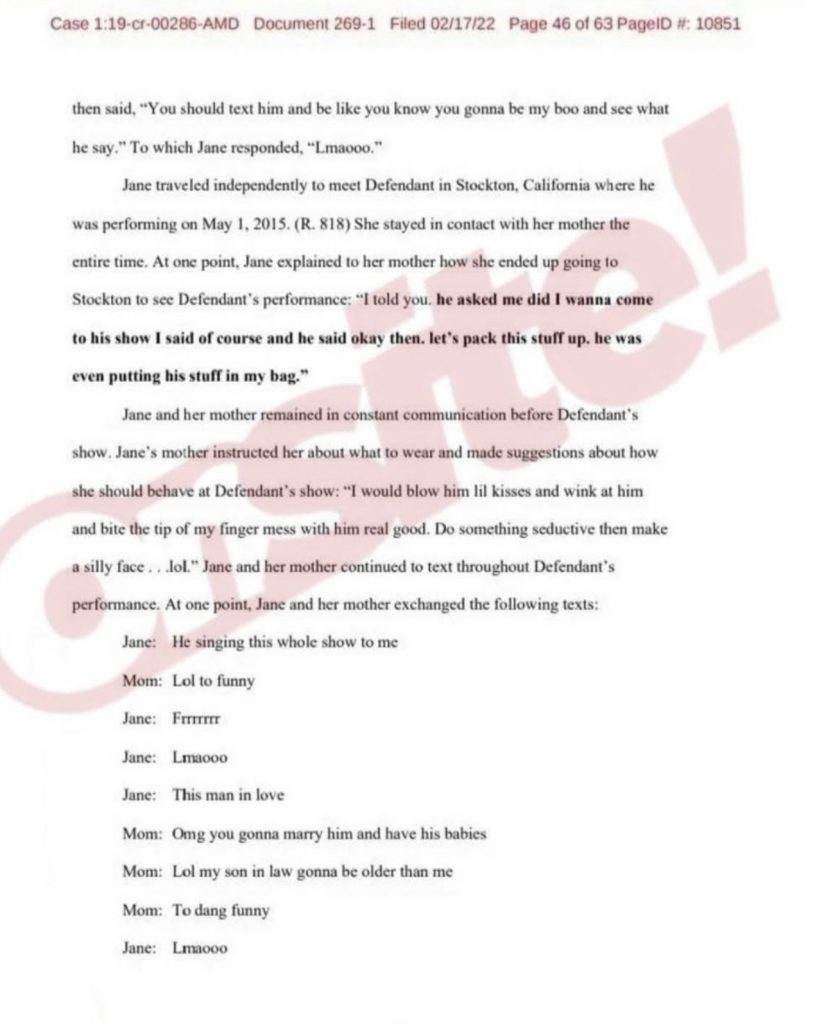 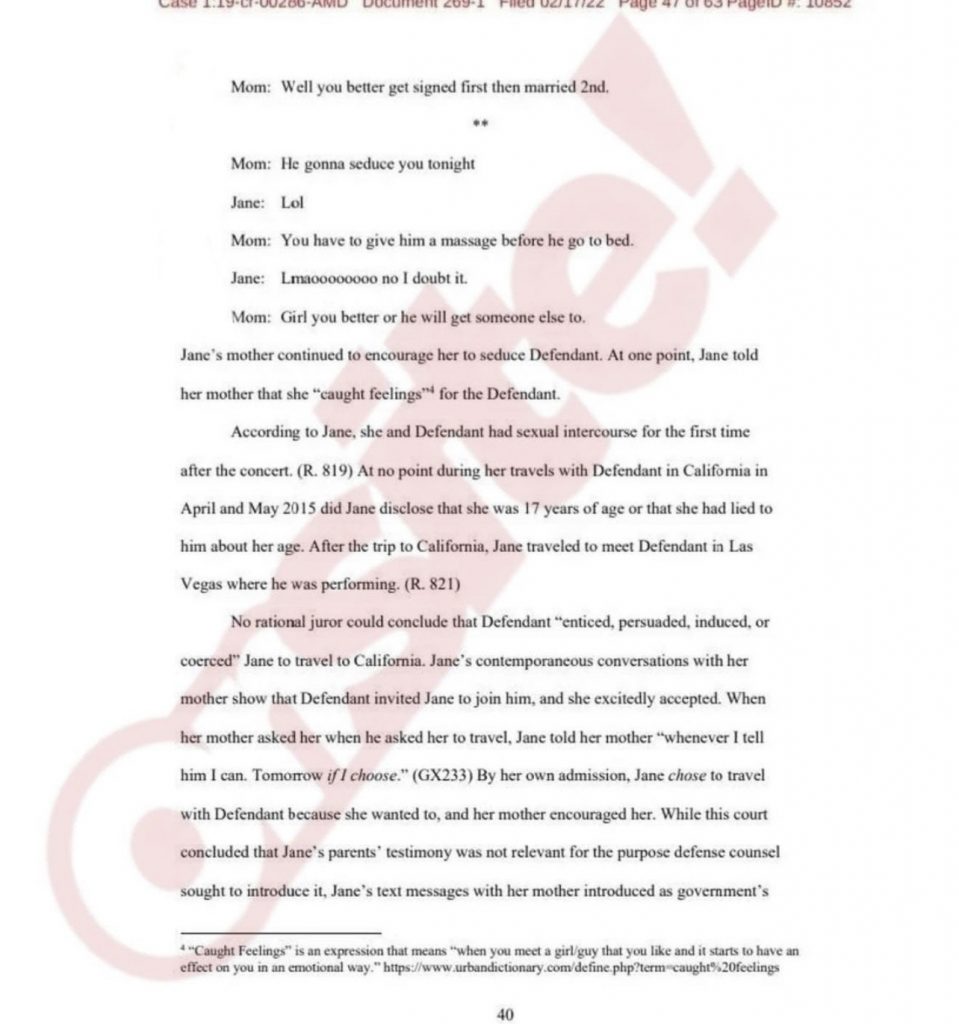 R. Kelly told Gayle King in 2019 that parents of 21-year-old Azriel Clary and 23-year-old Joycelyn Savage, s*ld the girls to him.

According to Insider He said “What kind of father, what kind of mother, would s*ll their daughter to a man?,” Kelly said. “How come it was OK for me to see them until they were getting no money from me?”

“other guys” who date “five or six women” at a time. He denied having $-*-x with Clary when she was 17, but said “her parents wanted me to.”

The singer said Clary and Savage’s parents “handed their daughters” to him, suggesting they wanted money out of it.